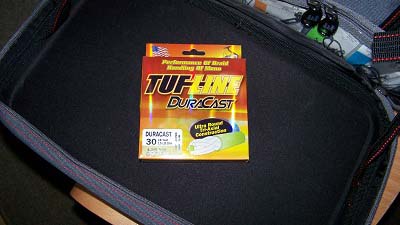 Introduction
Western Filament is a worldwide leader in high-performance fishing line and fibers, and TUF-Line is a part of their company that has pioneered the use of Spectra and Dyneema fiber in fishing line. The DuraCast braided line is engineered specifically to be tough and abrasion resistant for all aspects of use on both spinning and casting reels. It is undeniably difficult to compare fishing line because each brand of line offers some type of advantage or disadvantage over the others, depending on the specific angler and application. Therefore, the most reliable evaluation of fishing line comes from how the line performs in both the applications the line is marketed for, and the claims the manufacturers make. 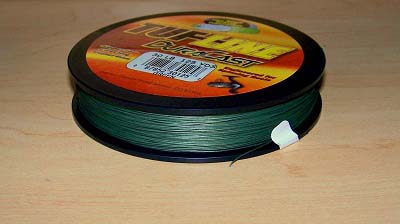 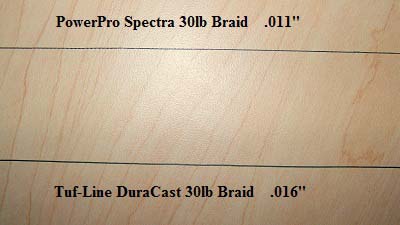 Actual Testing/Use
The DuraCast braided line was tested in a variety of different fishing applications and environments, including freshwater settings, saltwater settings, spinning reels, casting reels, and in conjunction with a wide variety of lures. I found that the line definitely offers superior abrasion resistance to the majority of the braided lines I have used. The construction of the DuraCast line is very stiff compared to normal braids, and this seems to come from the tough waxy coating that surrounds the line. The braid appears to be more of a hybrid between mono and braid. The diameter of the 30lb test braid is significantly thicker, at .016’’, compared to traditional 30lb test braid of approximately .011’’. The thickness of the line is a positive factor for inshore fishing applications, however, it is slightly too thick for bass fishing and it would be better to downgrade to a thinner diameter if using the DuraCast for freshwater. As a result of the thick diameter, the line does not sit well on itself when it is spooled onto a spinning reel. When the drag is used the line tends to dig into itself and shift the other line aside, which is a result of the extra stiffness causing the braid to sit loosely on the reel.

The line casts very well when paired with a lure that is heavy enough get the stiff line moving through the rod guides. While testing the casting performance of the DuraCast in high wind conditions, the line did reduce tip wraps and wind knots, however, it is definitely not suited to work with light lures. In addition, I felt that the line actually performed better on a baitcaster rather than a spinning reel as TUF-Line recommends. Also the waxy layer on the line really helps when getting out birdnests, however, it does have memory unlike normal braids and can crease easily. I would personally recommend using the 30lb DuraCast line only for heavier lures including crankbaits, weighted rigs, and large spinnerbaits.

Tying knots with the DuraCast braid is comparable to working with 20lb fluorocarbon; not much fun. The 30lb test braid diameter is slightly too thick for easy knot tying and cutting, and a diameter of 15lb of 20lb may be more suitable to use for bass fishing. One major design flaw is that when tying a uni-to-uni knot the knots will cut into the waxy layer of the line and strip it down to the bare fibers if you over tighten and slide the knots before they are close enough together. Overall, it is a tough line and the 30lb DuraCast has worked well for inshore and redfish fishing with a leader attached. 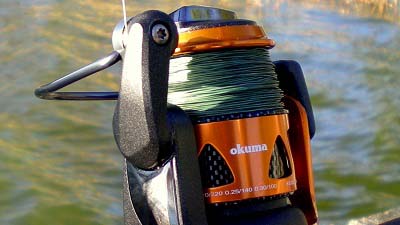 Overall
TUF-Line offers the DuraCast braided line for a very reasonable price and there is no doubt that it has excellent abrasion resistance. The line takes a different approach to braided line than the majority of the market, and I must applaud their creation of a braid that emphasizes abrasion resistance and permanent coloration. However, I feel that the durability and increased diameter of the line make it better suited for an inshore fishing environment where it can endure clam beds and outcropping rocks, rather than in a bass fishing situation where sensitive and finesse lines are required. Overall, DuraCast is what they were going for, and DuraCast is what they achieved; the line has an excellent lifetime and it lives up to the claims made by TUF-Line.